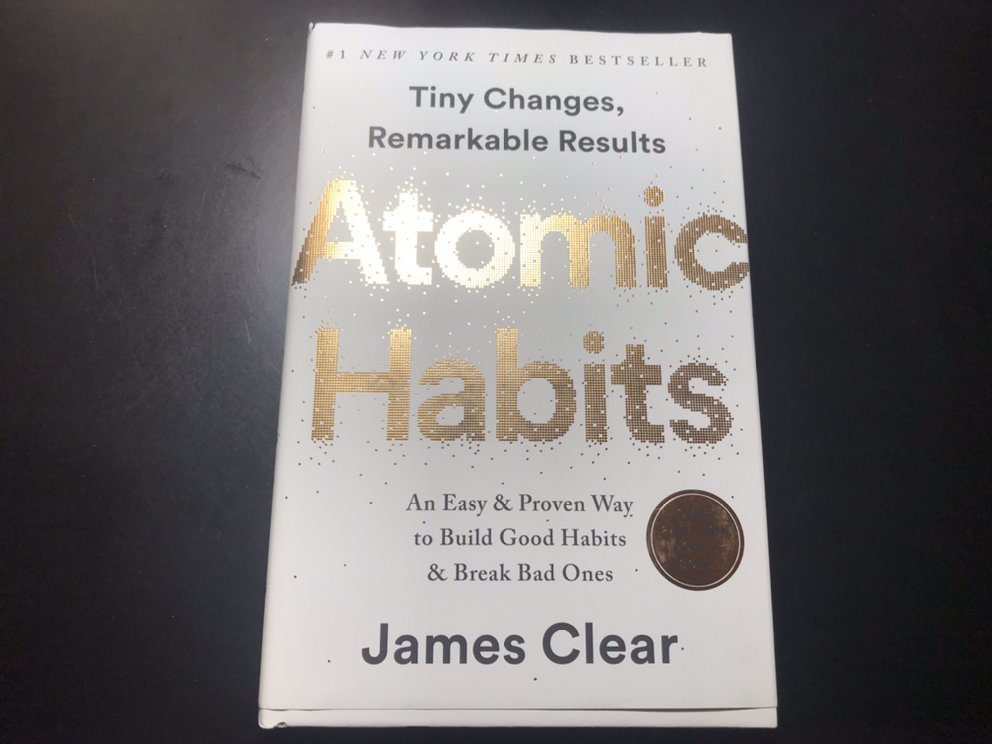 (This blog is not monetized in any capacity, if/when that changes I’ll update this post accordingly.)

Atomic Habits is the now infamous brainchild of James Clear. With over 56k global ratings averaging at 4.8 stars on Amazon, it’s a foundational tool for anyone who is thinking about stepping foot in the habit improving arena.

Clear started working on his habits in college after suffering a ‘baseball bat to the face’ accident at practice during his sophomore year of high school. After a grueling rehabilitation period and barely playing at all his senior year of highschool, he was determined to realize his potential and play in college. Eventually, his hard work paid off and he was selected to the ESPN Academic All-American Team as a senior in college for his excellence in both, you guessed it, academics and on-field performance.

And if that story wasn’t impressive enough, Atomic Habits was also #1 on the New York Times best seller list and has sold over 3 million copies.

James has a lot of experience in overcoming the obstacles to build good habits, so let’s check out 10 quotes from Atomic Habits and discuss how we can apply them to our daily habit building.

You’re going to deal with bad days and setbacks. Hopefully not ‘baseball bat to the face’ kinds of setbacks, but setbacks are going to happen.

The systems you build through habit improvement are what will sustain you during your trying times. And during these times, it’s even more important to track your habits (insert link) so you can see that even when things are tough, you’re still making progress.

Another benefit of habit tracking is that during the crucial beginning stages of starting a new habit you have a visual representation of the progress you’re making, even if you haven’t lost 20 lbs., made a blog post, or improved your chess game.

Yes, I’m going to say it. Fall in love with the process.

Setting a goal like getting 100,000 visitors a month or playing guitar to a packed stadium is fine, but what’s more important is to build a system that can facilitate a lifelong passion for improvement. The former is, to some degree, out of your control; the latter is flexible and can serve as a cornerstone that you can build a life around.

Actively building your habits is to proactively solve problems that will pay back dividends in time, mental fatigue, and enjoyment for months or years to come. It’s a never-ending game (which is why we fall in love with the process), so as life changes you’ll need to change with it. But it is one of the better ROIs out there.

You’ll have to get the book for a dive into pointing-and-calling and the Habit Scorecard, but the important thing here is you first need to be aware of both your good and bad habits before you can start improving them.

Using awareness strategies gives a map of the challenges ahead of you while also laying out valuable assets you can build upon. Awareness is the first step!

This is why awareness is so important: it lifts the fog of war.

Atomic Habits will help bring clarity to the path in front of you and give you a good set of tools to get started on your journey.

Stop getting bogged down in the unknown and start taking action.

If your phone is pulling at your attention while you’re working, then put it in another room. If you can’t stop switching tabs on your browser, then get a laptop dedicated to work. And if you can’t get a tool solely for a specific purpose, then try adding something into the mix that changes your relationship in the environment.

I use the same computer for work as I do for social media and writing these posts. For a long, long time it was difficult to sit down and write without letting social media pull my attention away from writing.

Two moves that have made all the difference were cutting back on coffee and using noise reducing earmuffs exclusively when I’m writing out these posts. I don’t even wear them for that long, maybe 10 to 15 minutes, before taking them off. But as soon as they go on my brain dials in and I know it’s time to write. That 10 to 15 minutes is all it takes to get into a good grove and push forward with a good writing session.

This one is huge, and I’ll have more posts dedicated to this concept in the future.

Your community will go a long way towards defining who you are. In high school or college you may have been on the debate team, played sports, or been in social clubs that did so much more than whatever they were at face value. These kinds of communities build a culture where certain activities (good grades, debate prep, being in shape) are all but (and sometimes, completely) mandatory.

Use sites like meetup.com or social media to network and find your people. You’ll not only stand a better chance of adopting your chosen behaviors, but also make some new friends along the way.

I’m currently drinking about 4 oz of coffee a day. That’s one third of a tall (or small for anyone unfamiliar with Starbucks lingo) at Starbucks. That’s not a lot of coffee.

Long story short there are quite a few posts on this site that touch on my struggle to quit drinking coffee. The latest round in this long back and forth has me relapsing and once again at the mercy of big coffee.

This time around I decided to take a different approach: instead of quitting I decided to just go ahead and taper down over an unspecified amount of time. It’s been roughly a month and instead of drinking a big mug of coffee, I weigh out the coffee on a scale and fill the rest of the mug up with milk and throw it in the microwave. I still get to enjoy a hot beverage every morning while also consuming less and less caffeine.

I don’t want to oversell this too much, but it seems like cutting back below a full tall cup of coffee was the biggest factor to being able to sit down consistently and start writing again. I sleep better and my mind doesn’t race as much when I’m drinking less coffee. And with this unspecified tapering approach, I can get some of the benefits of less caffeine without going completely coffee-free until I’m ready.

If you can’t go all out, then sit down and figure out how you can go a little out. Don’t let the best be the enemy of the good.

If your goal is to establish a walking habit, then set your shoes in front of your bedroom or bathroom door so you have to walk over them. Throw out all of the junk food in your house. Stash your credit card and cash at family or friends house so you can’t splurge (seriously, I’ve done this and it works).

Don’t work against your environment, make it work for you.

Alright, that’s it for today. 10 quotes from Atomic Habits by James Clear. If you liked these quotes, then get the book! Cover to cover, it’s one of the most helpful books I’ve read in a long time.

Master the Art of Showing Up with James Clear’s 2-minute rule.

Learn the difference about being busy and making progress here: Being in Motion vs Taking Action.

Psychic Entropy: What It is and How It Affects Your Life